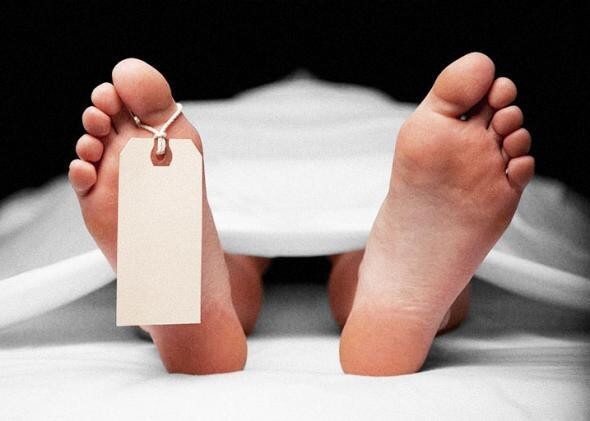 A young man believed to be 24-years-old identified only as Isaac has allegedly murdered his ‘wife’ Abigail Larbi and deposited the mutilated body on a dumping site.

Police sources says Abigail Larbi is a mother of two and is in her twenties.
Narration has it that, Isaac had a quarrel with Abigail which led to the her packing out to her mother’s place.

Isaac later went to Abigail and lured him to follow him to a place on a motorbike in the blindside of Abigail’s mother.
Isaac was said to have murdered Abigail that fateful night.

The sad incident story happened at Onakwase a farming community near Kofi Pare in the Ayensuano District of the Eastern Region.

Isaac after killing Abigail escaped to Madina in Accra were he was arrested last Friday 2nd April 2021.
It is also reported that part of the deceased who was almost decomposing were removed.

Her tongue, vagina and even head were said to have been chopped off by Isaac who is currently in police custody.

In the last 4 weeks alone, there have been multiple reports of Men killing their spouses or partners in Ghana.

The matter is under Investigation