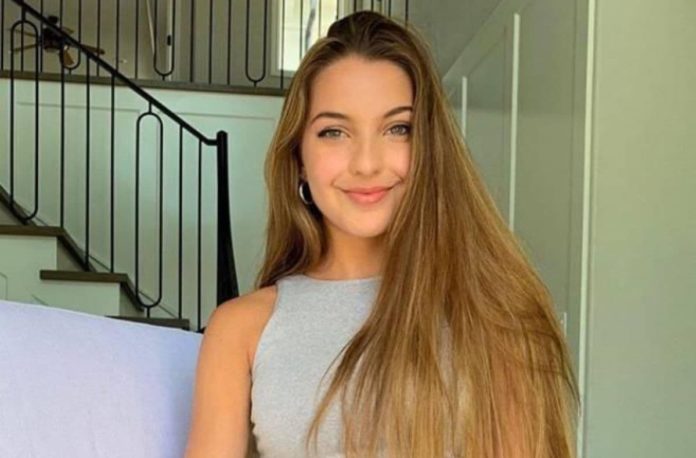 What is Lexi Rivera Wealthy?

Lexi Rivera is an American YouTuber with a net worth of $ 2 million. Her channel has 6.2 million subscribers, and she posts videos on the channel every Saturday. She has quite an impressive following, considering that she started posting on her channel just over a year ago. This piece will focus on Alexa’s YouTube career, her talents, and the speculation surrounding her love life. What is Lexi Rivera worth?

Lexi Rivera was born on 7th June 2001(age 19 years) in Huntington Beach, California. She was raised alongside three elder brothers. Blake Rivera, her eldest brother, is a skilled hockey player, and he played in the national championships with Jr. Ducks Hockey Team. Brice is her second eldest brother, followed by Brent Rivera. Read Linus Sabastian net worth and Life story Lexi spends most of her time with Brent, but she says that she doesn’t have a favorite brother. She loves them all equally. She stated in a video titled Wait, Who’s My Favorite Brother?; “I don’t have a favorite, I love all of them equally… I post pictures of my brothers and everyone is like, ‘Oh my Gosh! You are so lucky. You get along so well.’ I really am lucky. I’m really lucky. They all love me very much and I love them all very much.” Despite being very close to her brothers, Lexi claims that her mom is her biggest inspiration. She told A-list Nation that she looks up to her mom; “She is the most selfless person ever, and she has taught me the importance of a positive attitude and hard work. Most importantly, she has always stressed how important it is to treat others with respect and embrace their differences.”

In August 2010, Brent created a YouTube channel for Lexi titled Lexiloulouu. Brent created the channel to showcase Lexi’s talent as a gymnast. However, as Brent’s popularity on YouTube grew, he started to focus less on Lexi’s channel, and more on his channel. Eventually, the account became inactive in 2012. However, this wasn’t the end of Lexi’s career on YouTube. She appeared a lot on Brent’s YouTube channel, and she soon began to gain a social media following. Lexi also appeared on Brice Rivera’s YouTube channel. Lexi’s popularity grew on Instagram, and after a while, she decided to re-ignite her YouTube career. She posted her first YouTube video on 1st July 2018 in which she answered questions posted by her fans on Instagram. Rivera’s YouTube channel consists of fashion and beauty videos with a comedic twist. Lexi also posts challenge and prank videos. Check Out Top 10 Highest paid NBA players and their net worth Rivera is now quite popular on YouTube, and she seems to make quite a huge sum from her social media exploits. Lexi stated that if she wasn’t a YouTube star, she would’ve wanted to become a physician’s assistant.

How Much Lexi Rivera Worth? Lexi Rivera’s net worth is estimated at around $2 million. Her success career as a YouTuber has earned her some of the luxurious lifestyle ad some of the fancy stuffs in life. However, Lexi follows a strict work-out routine to stay fit. She also dances a lot, and you can peep some of her routines on her Tik Tok account. Lexi has 5.1 million followers on Tik Tok.

She is rumored to be dating Andrew Davila after breaking up with Ben Azelart. Ben Azelart is a skilled skateboarder who primarily grew up in Hawaii. He started his YouTube channel 3 years ago, and it mainly consisted of his skills as a skateboarder and some of his crazy adventures in Hawaii. Now, however, the channel is mostly about pranks and challenges. Lexi and Ben were close for years and fans always suspected that they were dating. However, the couple refrained from confirming their relationship. We only got confirmation that the pair dated when they posted their breakup video on 22nd November 2020. Rivera described the video as ‘long overdue’ before the pair showered praise on each other. They described it as a confusing on and off relationship. Ben explained that an online relationship couldn’t work as sometimes, they got back together to please fans. He said: “Having a relationship online is a completely different story. It was very confusing for us and honestly, it wasn’t easy, being young like we were when this all started. We went through some of the most changing years of our lives – we went from teenagers to adults. As the years went on it got a little too complicated and a little confusing.” Ben didn’t rule out getting back together with Lexi. “This isn’t just a forever thing, I’d say,” Ben said. In a subsequent video in which Lexi’s mom rated her real and rumored boyfriends, Lexi’s mom stated that she approved of Lexi and Ben’s relationship. “Ben holds a special place in my heart because you guys did date for a long time,” Laura said. Laura gave Ben a 9.5 out of 10. Azelart stated that she would support Lexi no matter who she decided to date.