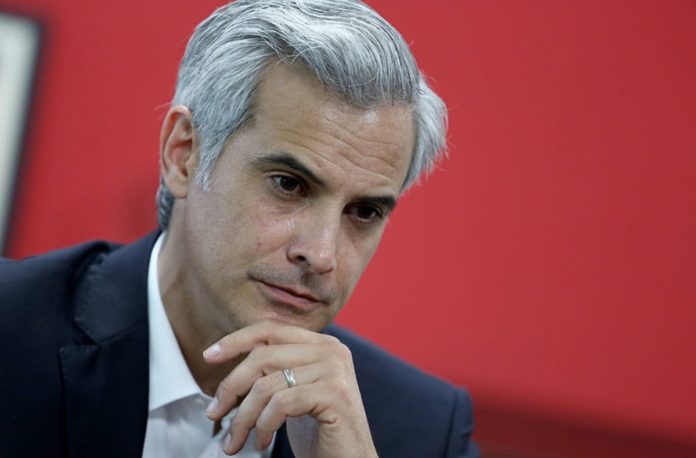 What is Mauricio Interiano net worth?

Mauricio Interiano is an electrical engineer, businessman and politician Salvador with a net worth of $10 million. He was Microsoft Regional Manager for Central America and the Dominican Republic from 2005 to 2009. He was the president of the Nationalist Republican Alliance Party (ARENA), the main right-wing party in El Salvador .

Mauricio Interiano was born on March 7, 1970 in San Salvador. Mauricio Interiano’s family is originally from the city of Santa Ana . His grandfather, Benjamín Interiano, was president of the Legislative Assembly of El Salvador and his uncle Eduardo Interiano, was Minister of Health in the presidency of former President Armando Calderón Sol (1994-1999).

Since he was young, he was interested in the emergence of the party that was founded and led by Major Roberto d’Aubuisson . Later, two of his uncles became involved in Salvadoran politics within the ranks of the ARENA party.

Mauricio Interiano, studied electronic engineering at the Georgia Institute of Technology from 1988 to 1992, in Georgia, Atlanta. He worked at Kimberly-Clark , when he was studying engineering, and then dedicate himself full time, for two more years, to that job. At that time he meets his now wife, who was studying graphic design at the same university. In 1994, he pursued his master’s studies in Business Administration at The University of Texas at Austin in Austin, Texas.

Check Out: Nayib Bukele net worth and life story

After living eight years outside of El Salvador , he and his family returned to the country in 1996. At that time, he continued his work in transnational companies and began to work at Unisola (now Unilever). After two years, and with the emergence of the Pension Fund Insurers (AFP), it decides to contribute to the start of this provisional pension system.

After three years of working in the pension system, he managed to join Microsoft as Country Manager for El Salvador from 2001 to 2003, then he was Manager for the Northern Triangle of Central America from 2003 to 2005. By June 2005, he appointed as Regional Manager for Central America and the Dominican Republic, a position he held until 2009 when he decided to resign and dedicate himself to business life.

It was in 2009 when he decided to change his field and decided to venture into some of his own businesses such as Expertha, which is a business center that seeks to support small businesses, and the Gelato Factory, among others, in which Mauricio Interiano has ventured and of which he is a successful entrepreneur.

After professional success and having started his business life, he decided to enter political life. The FMLN’s triumph in the 2009 El Salvador presidential election was what motivated him to venture into party politics, participating in party activities but not in the public arena. It was until 2012 that he took his first steps and with a group of business and professional friends they formed the 300 Movement, a group outside the ARENA party, which supported Norman Quijano’s presidential candidacy for the 2014 presidential elections.

Check Out: Javier Siman net worth and Life story

The former president of the ARENA party, Jorge Velado, was the one who invited him to be part of the party’s National Executive Council (COENA) as Director of Economic Affairs. From that moment, he began his involvement within the party. At the end of 2015, he became Vice President of Organization of COENA. And some time later, he resigned from the position within the National Executive Council (COENA) to submit to the internal elections of the party to elect the new president who will lead the main right-wing party in the country.

Among his colleagues competing for the presidency are Edwin Zamora, a former candidate for municipal mayor of San Salvador and the founder and former vice president of organization of the party, Hugo Barrera.

How much is Mauricio Interiano worth? Mauricio Interiano net worth is estimated at around $10 million. However, on August 28, 2016, the internal elections of the ARENA party were held, as part of a process of renewal and internal democracy within the party. In that election, Mauricio Interiano was the winner, who won with 6,050 votes; while Edwin Zamora and Hugo Barrera received 5,509 and 1,445 votes, respectively, during the preliminary count, according to official data. On September 25, 2016, Mauricio Interiano was sworn in as the new president of the Alianza Republicana Nacionalista (ARENA) party.