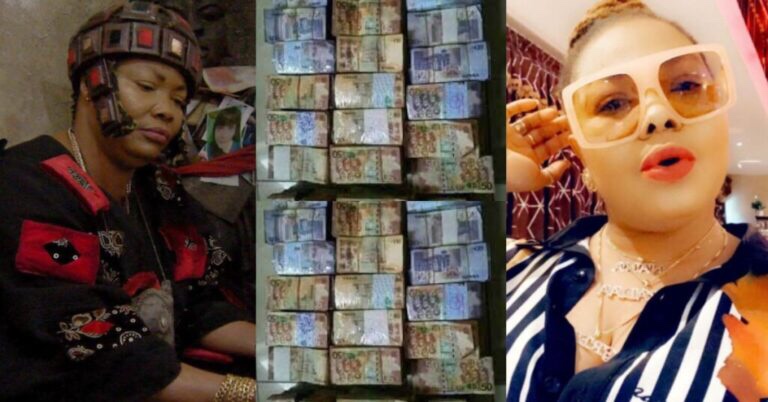 Popular Fetish Priest Nana Agradaa has been arrested by a joint team of Police and National Security Intelligence Operatives with her TV stations also shut down.

The joint operation which was in collaboration with the National Communications Authority took place on Tuesday, April 20, 2021.

Nana Agradaa advertises her “Sika Gari” on her TV station, which she claims is her personal god that multiplies money with some rituals she makes. She has hence admitted to this illegality and is currently in custody assisting with further investigations.

The National Communication Authority is seeking to clamp down on the influx of unregulated television stations on air which has led to the promotion of certain content which they believe may affect public order, public morality, and the rights and reputation of others.

This is happening after teenagers killed a 10 year old in Kasoa for Money Ritual.

The shocking news has many saying Fetish priest appearing on Tv stations is a contributing factor hence the NCA should crack the whip.