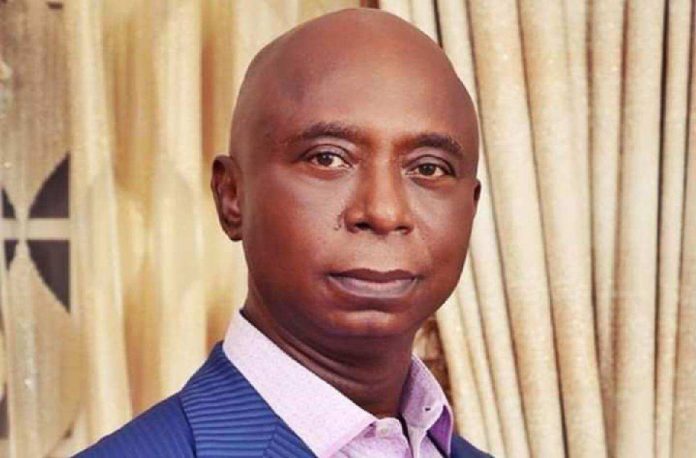 Read to the complete write-up of Ned Nwoko net worth, biography, age, wives, height, assets and liabilities as well as other information you need to know.

Prince Ned Munir Nwoko is a Nigerian lawyer, politician and philanthropist. He was a member of the House of Representatives (Nigeria) between 1999 and 2003 representing Aniocha North-South and Oshimili North-South.

In January 2020, he undertook a symbolic expedition to Antarctica to flag off a Malaria Eradication Project. That made him the first black African to visit the South Pole Antarctica.

He had his primary and secondary school education in Nigeria. He later moved to the United Kingdom to get his first degree in law and history at the University of Keele, Staffordshire UK.

Nwoko also attended King’s College London, where he received an LLM in maritime and commercial law. Ned Nwoko was subsequently called to the English bar, at Lincoln’s Inn.

Ned Nwoko began his legal career as a prosecutor for the crown and qualified as a solicitor of the supreme court of England and Wales. He worked at Kumars Solicitors and Pascaldiers & Co Solicitors before establishing Ned Nwoko & Co Solicitors in London.

Nwoko returned to Nigeria in December 1998 to contribute to the enthronement of a viable democratic institution in the country following the military disengagement from power, after long years of military dictatorship.

Ned Nwoko made a remarkable entry into Nigeria’s political turf when he was elected member of the House of Representatives between 1999 and 2003.

He represented Aniocha / Oshimili federal constituency, making an impressive showing in the legislative house. He contested for the Delta State gubernatorial election and lost to James Ibori. In 2011, he also lost the Senatorial election to Ifeanyi Okowa.

Ned Nwoko was part of those instrumental to the initiation of the London and Paris Club Loans into Nigeria. He authored the reports that led to Nigeria government’s discontinuation of monthly deductions from states’ allocations and commencement of refunds to States.

Through his Law firm, Ned Nwoko Solicitors and his Company, he investigated the multinational creditors and discovered discrepancies in loan repayments, and this resulted in the refund of the first tranches of loan during Obasanjo administration.

Nwoko also served on the Vision 2010 Committee and is a member of the capital market. He served as Chairman of the External Committee of Vision 2010. Nwoko is also the Chairman of Project Tourism Nigeria.

The Foundation is supporting the existing efforts of vaccine development by funding a research for the anti-malaria vaccine through a partnership with leading universities in Africa.

Nwoko is the founder of the tourism destination Mount Delta, one of 21 tourism sites approved by Delta state government. The tourist site consists of museum, farm, zoo, fishponds, poultry and a 9-hole golf course.

He has contributed to the empowerment and education of youths of his constituency, senatorial district and state through his “Prince Ned Nwoko Foundation”.

Ned Nwoko married Nigerian Nollywood actress Regina Daniels in 2019. On May 31, 2020, Ned announced that he was expecting a baby boy with his current wife. However, Ned Nwoko also have about 5 wives.

How much is Ned Nwoko worth?, Ned Nwoko net worth is estimated to be around $1.5 billion as of 2021. His main source of income is from his private businesses. He is regarded as one of the richest people in Nigeria.