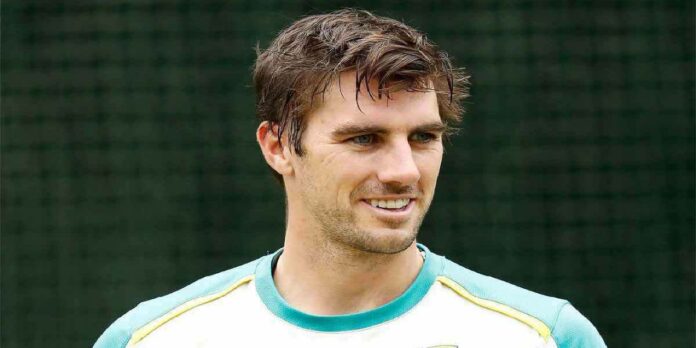 Pat Cummins is an Australian international cricketer who is currently the vice-captain of the Australia national cricket team in all formats. He is a fast bowler and a capable lower-order right-handed batsman, and plays and captains domestic cricket for New South Wales.

Cummins made his Test debut at the age of 18 in 2011. Injuries then forced him out of test cricket for over five years, until he returned to the Australian team in 2017. According to the ICC Player Rankings, he was the world’s top-ranked bowler at the end of 2019 and 2020.

Patrick James Cummins was born on May 8, 1993 (age 28 years) in Westmead, Australia. His parents are Peter Cummins and Maria Cummins, he grew up in Mount Riverview in the Blue Mountains with his two brothers and two sisters Tim Cummins, Matt Cummins, Laura Cummins and Kara Cummins.

He attended St Paul’s Grammar School and the University of Technology, Sydney under its Elite Athlete Program, graduating in 2017 with a Bachelor of Business. As a child, he idolised Brett Lee, with whom he later briefly played domestic and international cricket.

In 2011, during an interview with Cricket Australia’s website, Cummins revealed that, at the age of three, he lost the top of his middle finger on his right hand when his sister accidentally slammed a door on it.

Pat Cummins played junior cricket for the Glenbrook Blaxland Cricket Club in the Blue Mountains before playing first-grade cricket for Penrith in 2010. In the preliminary final of the 2010–11 KFC Twenty20 Big Bash against Tasmania, Cummins took 4 for 16 and was named Man of the Match. He finished with Nathan Lyon as the leading wicket-taker in the tournament In March 2011, he made his first-class debut in a match against Tasmania.

Cummins joined the Sydney Sixers franchise in 2011. He signed with the Perth Scorchers in 2012 but missed the 2012 season due to injury. He made his debut for the Scorchers when they beat the Adelaide Strikers in Perth on 16 January 2014.

He was selected in Australia’s provisional team for the ICC Under-19 World Cup to be held in Queensland in August 2012.

He was later ruled out of the entire 2018 tournament due to an injury and in the 2020 IPL auction was bought by Kolkata Knight Riders, making him one of the most expensive overseas players in IPL auction history.

In 2021 he again played for Kolkata before the season was suspended due to the COVID-19 pandemic.

Pat Cummins was granted a Cricket Australia contract in June 2011 and in October 2011, he played two Twenty20 International (T20I) matches for Australia against South Africa. On the basis of his performances in these games (he took 3/25 and 2/26), Cummins was selected in the Test squad to play South Africa.

He made his Test debut at Wanderers Stadium in Johannesburg in November 2011, in what was only his fourth career first-class match, becoming Australia’s youngest Test cricketer since Ian Craig in 1953. Cummins took 1/38 and 6/79, becoming the second-youngest Test cricketer (behind Enamul Haque Jr.) to take six wickets in an innings. He then scored 13 runs in the second innings, including a four to win the match and was presented with the Man of the Match award.

Cummins’ early cricketing career was plagued with injury, primarily a stress fracture in his back. He played his first game since October 2012 for the Northern Ireland Cricket Academy on 19 June 2013. He played a number ODIs and T20Is from 2012 to 2016, but no tests.

Check Out: Josh Hazlewood net worth

Ashes: Pat Cummins was a late call-up for the 2015 Ashes squad after the retirement of Ryan Harris, but he was not selected for a Test during the series. He was part of the One Day International (ODI) and T20I series on the same tour.

Test cricket: After 1946 days (5 years, 3 months and 27 days, or exactly 278 weeks) of absence due to various injuries, Cummins returned to Test cricket on 16 March 2017, for the third test of the 2017 tour of India. He was reselected due to Mitchell Starc’s injury. He has been a regular member of the team since then.

Cummins was the leading wicket-taker in the 2017–18 Ashes series, taking 23 wickets. He also established himself as a handy lower-order batsman, scoring two scores in the 40s during the series.

Pat Cummins scored his first Test half-century in the fourth Test against South Africa during Australia’s tour of South Africa in 2017–18. In April 2018, he was awarded a national contract by Cricket Australia for the 2018–19 season. He was named in the 2018 Test XI of the year by Cricbuzz as he took 44 wickets that year.

In January 2019, Pat Cummins became one of Australia’s two-Test vice-captains, alongside Travis Head. He played in both Tests against the touring Sri Lankans and was the chief architect of Australia’s innings win in the first Test at The Gabba, taking his maiden 10-wicket haul. He finished the series with 14 wickets and was named as the player of the series.

Pat Cummins was awarded the Allan Border Medal in February 2019, an award voted for by players, officials and the media to select the most outstanding male Australian cricketer of the past season. He played in the limited-overs series against India which began in the same month, taking a five-wicket haul in the fourth ODI of the series.

In April 2019, he was named in Australia’s squad for the 2019 Cricket World Cup held in England, and during the competition played in his 50th ODI. He went on to play in the 2019 Ashes series which followed the World Cup. Cummins was the leading wicket-taker for the series, taking 29 wickets in the five matches, at an average of 19.62.

In February 2020, Cummins took his 100th wicket in ODI cricket, in the first match of Australia’s tour of South Africa. In July, he was named in a 26-man preliminary squad of players to begin training ahead of a possible tour to England during the COVID-19 pandemic and in August was confirmed as a member of the touring party.

Pat Cummins is married to his longtime girlfriend Becky Boston, they had their wedding in the 2000s. Pat and his wife Becky Boston welcomed their first child a son in 2021. The couple live in a private house in

How much is Pat Cummins worth? Pat Cummins net worth is estimated at around $7 million. His main source of income is from his career as a Cricketer. Cummins successful career has earned him some luxurious lifestyles and some fancy cars. He is one of the richest and influential cricketers in Australia. However, in August 2021, Cummins was named to Australia’s squad for the 2021 ICC Men’s T20 World Cup.

24/01/2021
Member of Parliament for Ningo Prampram Sam George has registered his displeasure about the demeaning commentaries being propagated by some Ndc Members as the...

“I Regret Insulting My Baby Mama and Her Family”— Funny Face

03/01/2022
ABOUT US
Our Motive is to provide reliable, accurate and informative news to you. The Urban and Rural at heart ❤️
Contact us: [email protected]
FOLLOW US
© Apumone 2022 All Rights Reserved