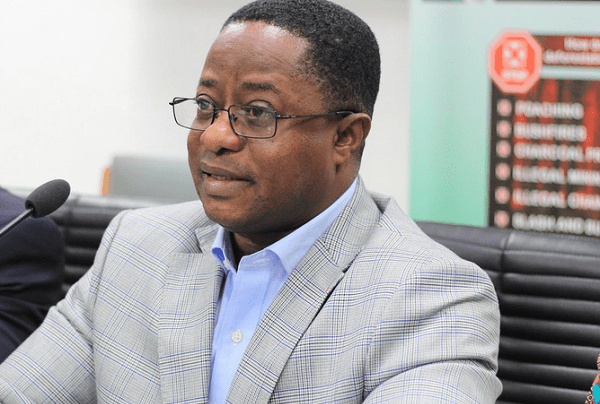 Member of Parliament for Hohoe constituency and Railways Development Minister designate John Peter Amewu has apologized to Parliament over his conduct in parliament on the eve of 7th January 2021.

Honourable Amewu who won the Hohoe seat for the New Patriotic Party In a historic fashion threatened to Kill all Ndc MPs on the floor of Parliament when he entered the chamber and was heckled by the Ndc side of the House.

The night which saw the election of the speaker was indeed eventual and Peter Amewu’s outburst was captured as one of those low points in the housethat night.

However, appearing before the vetting committee of parliament today 24th February 2021, Mr Amewu said, he never meant what he said for it was only out of frustration he said that to his colleague from the other said.
He thus apologized unreservedly and said he meant no malice.

“Mr Chairman I must say I Over React, It’s a negative Part of Me
and I apologize for my words on the night” Says Honourable Amewu as he apologizes for his infamous“kill of all you” in Parliament.

Honourable peeter Amewu made history by becoming the first person to win a seat for the Npp in the “new” Volta region after Oti Region was carved out.

Even though his constituency is one of the disputed constituency in the parliamentary election over the disenfranchisement of the People of Santrokofi, Akpafu, Lolobi and Likpe, he was nominated by President Akufo Addo as the Minister designate for the Railway sector.

It was during his vetting that he clarified circumstances that led to him threatening the Ndc caucus.