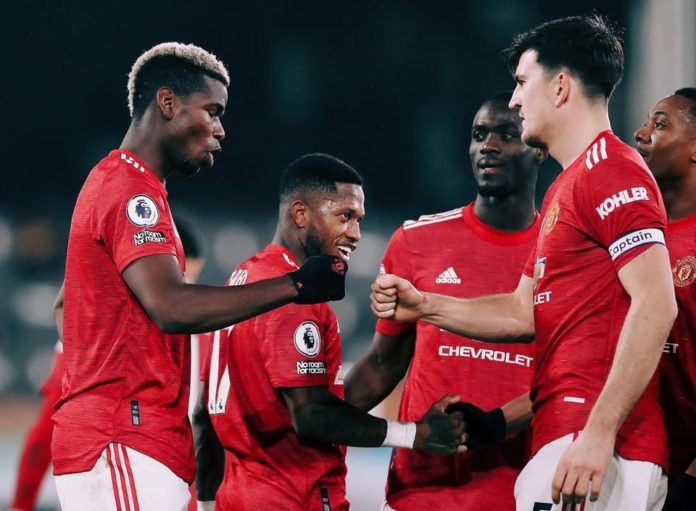 Manchester United are back to the top of the table in the English Premier league after beating Fulham 1-2 at craven cottage on Wednesday night.

Olé Gunnar Solksjaer and his team went into the game after dropping points against Liverpool at Anfield last week.
With Leicester City winning against Chelsea and Manchester City winning against Aston Villa, anything apart from Victory would keep Manchester United off the top of the table.
Manchester United’s nerves got tested on the 5th minutes of play when Ademola Lookman Of Fulham scored the first goal of the game after a sloppy start from the twenty time champions.
Edison Cavani’s 21st minute goal took the scores to 1-1 before French International Paul Pogba slot in a beauty from outside the box on 65th minutes.
Full time score was Fulham 1-2 Manchester United.
This victory at Craven cottage means Manchester United are back to the top of the table with 40 points from 19 games while Manchester City are 2nd with 38 points from 18 games and Leicester City sitting at 3rd position with defending champions Liverpool dropping to 4th position on the league table.