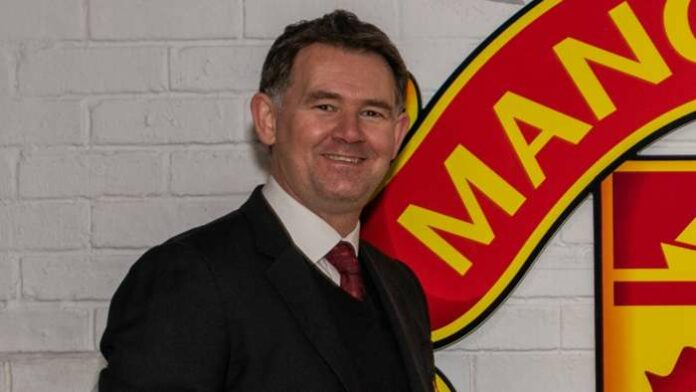 Manchester United have taken the plunge and finally followed the trend set by other European giants by appointing a director of football to lead their transfer market crusades.

High profile names such as Edwin van der Sar, Ralf Rangnick and Paul Mitchell had been touted for the role, but it was internal candidate John Murtough who ultimately landed the role.

John Murtough Statement at the Unveiling

“This is such an exciting time for everyone at Manchester United with the first team, academy and women’s team all performing strongly, and plenty of development still to come,” Murtough said at his unveiling.

“It’s a privilege to be part of that process, and an honour to lead Manchester United’s football department, working alongside Ole Gunnar Solskjaer], and Casey Stoney women’s team head coach and so many other truly outstanding staff all dedicated to delivering success to this club.”

Murtough is set to work with Ole Gunnar Solskjar as well as new Technical Director Darren Fletcher and Director of Football Negotiations, Matt Judge, but who exactly is he and what is his background? When it comes to making decisions on transfers, who is in charge?

Our new Technical Director knows a thing or two about scoring against AC Milan 😉#MUFC pic.twitter.com/4Ctb5MSvJu

Manchester United’s new Football Director John Murtough has been working at the top end of English football for over two decades and boasts plenty of experience, having worked in a variety of roles.

Hailing from Liverpool, Murtough started out in a sports science role at Everton working for David Moyes and became the Toffees’ Head of Performance under the Scottish manager.

Having been part of a successful backroom team at Goodison Park, he left the club in 2012 in order to take up a job with the Premier League as Head of Elite Performance. While he may be something of an unknown to some observers, Murtough has actually been working for Manchester United since 2013, when he took up a role as the club’s Head of Football Development.

He was brought to Old Trafford by his old mentor Moyes and, though the Scot moved on in 2014, Murtough impressed club chiefs – Ed Woodward in particular – with his work behind the scenes.

“We have already made great strides forward in the way we run our football operations, and the benefits are visible in the resurgent pipeline of academy talent reaching the first team and through our improved recruitment record,” Woodward said when confirming Murtough’s appointment.

“John has been integral to our progress in these areas and his deep understanding of development ensures the club’s traditions of bringing young players through from academy to first team will continue.

“This new position is a natural evolution that harnesses his leadership qualities and his years of experience in the game.”

Murtough’s track record since joining the Red Devils backroom team has indeed been noteworthy and he takes a lot of credit for the improvement of the academy pathway, which has been traversed by current first-team regulars Scott McTominay, Marcus Rashford and Mason Greenwood.

Not only that, he has played a key role in recruitment by working hard to ensure that United are securing the signatures of bright young talents, with the capture of Hannibal Mejbri and Isak Hansen-Aaroen highlighted as some of his recent successes.

Furthermore, Murtough was one of the driving forces behind the establishment of the Manchester United women’s team, investing his fair share of time and effort into that undertaking.

Who is in charge of Man Utd transfers?

Murtough’s new official title is ‘Football Director’ and he will now take on a bigger role in Manchester United’s first-team transfers and recruitment.

So, will he be making the decisions about which players become Red Devils transfer targets or will it be Solskjaer?

The truth is that Murtough will work very closely with Solskjaer when it comes to identifying which players to sign, with the two seen to be on the same level in that they will both be reporting to Ed Woodward.

Having fixed issues with recruitment at the youth level, the hope for Man Utd is that Murtough will be able to augment that success.

“From a decision-making perspective, little will change from what we have seen in the last few years.

“Solskjaer still has the decision and he will be working alongside Murtough. Murtough has been involved in overhauling recruitment at academy level and already has a close relationship with the first team manager.

“Woodward is over the top of them but is not involved in day-to-day transfer business while Matt Judge will continue to be the chief negotiator. Fletcher will be involved to ‘sell United’ to prospective new signings.”

Notably, while some managers – particularly those from an older school – are famously averse to the mere concept of football directors, Solskjaer has welcomed the prospect of working more with Murtough.

“I’m delighted with the announcement of Darren Fletcher and John Murtough,” says Ole.

“He went from a young man to a Champions League winner here, and he has a bright eye for football so he can have an impact.”#MUFC pic.twitter.com/iiB4GsxxRr

“I am very happy we have made this decision and appointment,” the Norwegian told reporters following the appointment. “I’ve known John since I came and it is now more a formal role. He has been working well behind the scenes – he is a cultural fit. Very happy with what we have. Continuity and fresh ideas.”

The Red Devils boss added: “The process of our recruitment is still going to be the same with new roles. Work we have been doing for years now anyway. “The communication is very good and we are always looking to add quality to the squad.”

Some Red Devil’s fans think this is a way of camouflaging the pressure they have mounted on the Club Authorities in recent times on the wellness of the club. Others also see it as a great move as  someone is coming from internal knows how to deal with the club processses. 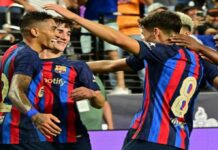 How Barcelona beat Sevilla in a 3-0 Score, Alba, Gavi and Raphinha On The Scoresheet