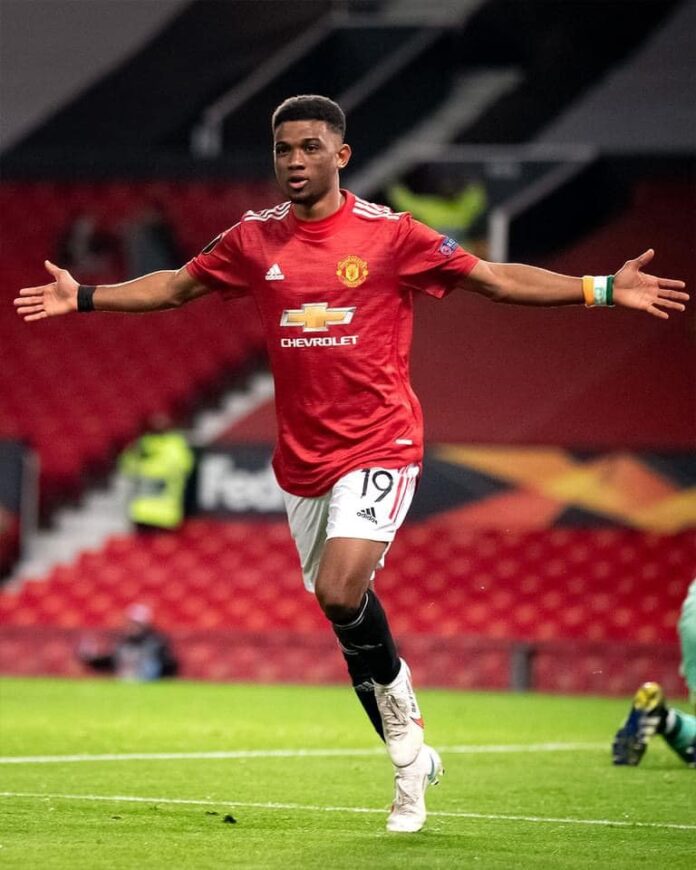 The youngster scored within five minutes of coming off the bench, directing a clever backwards header over the goalkeeper from Bruno Fernandes pass.

Amad Diallo made a stunning impression off the bench for Manchester United against AC Milan on Thursday, becoming the club’s youngest-ever non-British goal scorer in Europe.

Brought on for Anthony Martial at half-time, the £37 million ($50m) signing timed his run perfectly before flicking a backwards header over the goalkeeper from Bruno Fernandes’ ball forward.

At 18 years and 243 days old, Diallo set a new United record for overseas imports, with only three players having achieved his feat at a younger age.

Diallo’s goal came in his third appearance for United, after making his debut in the 4-0 thrashing of Real Sociedad in the Europa League last month. It was also his very first shot for the club, though it didn’t prove the winner as Simon Kjaer headed in a late equaliser – and an away goal – from a stoppage-time corner.

United have made a habit of blooding their young forwards in the Europa League in recent seasons, with two of their own youth products ahead of Diallo on the youngest scorers’ table.

Mason Greenwood is the youngest player to have scored for United in major European competition, after finding the net on debut against Astana at the age of 17 years and 353 days.

Amad Diallo Response after the match

Ole Gunnar Solskjaer was on bench when Manchester played against AC Milan in 2007. They lost 3-0 to AC Milan at Away, United won the first match with a lead on aggregate of 3-2.