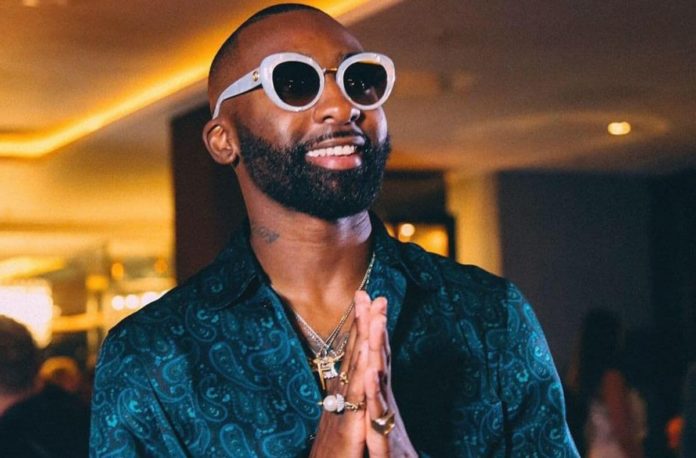 What is Riky Rick wealthy?

Riky Rick net worth: Riky Rick is a South African rapper, songwriter, singer, composer, actor, entrepreneur, and fashion designer with a net worth $2 million. Which is equivalent to R28 million South Africa Rand. He is the founder and owner of record label “Cotton Club Records”.

Makhado rose to fame when he released his single “Nafukwa”, in 2014. He was also a member of Boyz N Bucks. In November 2018, Makhado announced his first concert called “Cotton Fest”, which he headlined on February 2, 2019.

Riky Rick who real name is Rikhado Makhado was born on 20 June 1987 (age 33) in KwaMashu, KwaZulu Natal, South Africa. He was raised in KwaMashu township near Durban, KwaZulu-Natal.

Riky Rick‘s first side of music began at a recording studio session with Bongani Fassie. It was by Bongani’s side that Rick was inspired to make his own music. That is when he released his first single “Barbershop” featuring Da L.E.S. He then rose to fame by the release of his hit single “Nafukwa” which was a big success. He then released “Amantombazane” which was followed by “Amantombazane (Remix)” featuring fellow South African recording artists OkMalumkoolKat, Maggz, Kwesta, Ginger Bread Man, Kid X, Nadia Nakai and DJ Dimplez.

Rapper AKA net worth and Life story

He released his major debut single “Boss Zonke” in 2015 which peaked at number 3 on the SA Hip Hop Top Ten List. That is when he released his fifth hit single “Sondela” which was dedicated to his real love, featuring South African singer from Mpumalanga, Zano. On 26 June 2016, he released the single “Sidlukotini”.

Riky Rick is married to Bianca Naidoo, his longtime girlfriend. They have two children together. However, Being married to a style icon like Riky Rick, Bianca Naidoo is naturally one of the most stylish women connected to South Africa’s rap game. The beauty never disappoints whether she is at her man’s side, supporting him from backstage or featuring front and centre in one of his music videos.

How much is Riky Rick worth? Riky Rick’s net worth is estimated at around $2 million which is R28 million South African Rands as of 2021. He released the Scooby Snacks EP that features only one artist, Frank Casino. It includes the tracks “Oh Lord”, “Bandz Over Fans” and “Family” (featuring Frank Casino). He released “Buy It Out” on 15 September 2017. Riky suffered from an alcohol and drug addiction for a long time.