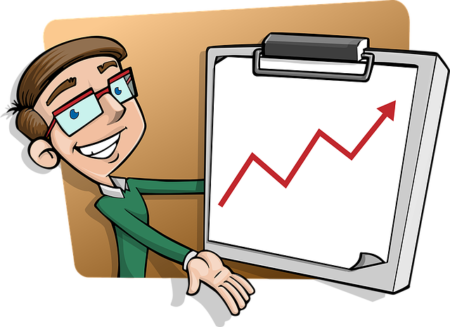 Small businesses across the U.S. have increasingly struggled to weather the economic downturn caused by the coronavirus pandemic over the past year, with many warning that they could collapse unless the federal government steps in with more help.

KEY FACTS: Sales for 88% of small businesses have not yet returned to pre-pandemic levels, the Federal Reserve found in a report released Wednesday.

More than a third of businesses said they expected they would not survive without further financial assistance from the government, according to the report from the central bank’s 12 regional offices.

Also Read: Should you start a business with a friend? 7 Questions to ask each other.

The survey underscored the uneven toll the economic downturn has taken on minorities: 79% of Asian-owned firms, 77% of Black-owned firms and 66% of Latino-owned firms characterized their financial condition as “fair” or “poor,” compared with 57% of overall firms.

The report was based on survey responses from nearly 10,0000 firms with fewer than 500 employees that were still in business as of this summer. It did not cover the spate of restaurants, shops and other small businesses that were forced to permanently close during the first half of 2020.

CRUCIAL QUOTE: “At the time our survey was fielded, six months into the pandemic, closures, layoffs, depressed revenue, and uncertainty continued to plague small businesses across the country,” the report said. “Small business debt mounted and business owners plowed their personal savings into their firms to keep them afloat.”

WHAT TO WATCH FOR: In the Fed survey, the majority of small businesses said they would apply for another round of government aid if it were offered. The White House and congressional Republicans have continued to labor to reach a deal on a sprawling economic relief package, which is expected to deliver additional help for small businesses. Fed Chairman Jay Powell has signaled support for low interest rates and other economic aid, but also said the recovery will depend “in large part on our success in containing the virus.” With a slower than expected Covid-19 vaccine rollout, federal officials said it will take months for the general public to be inoculated.

Read: How to manage you personal finances

BIG NUMBER: $50 billion: That’s how much small business aid the White House and Republicans suggested in their dueling economic relief proposals. The Biden administration plan includes about $15 billion in grants to small businesses and $35 billion to state, local, tribal and non-profit financing programs. Republicans are pushing for that funding to go to the Paycheck Protection Program and Economic Injury Disaster Program.

KEY BACKGROUND: In the latest economic aid package passed in December, the government allocated roughly $325 billion to help small businesses. The majority of that funding — about $284 billion — went to PPP loans. The package also included aid for museums, concert venues and others in the entertainment industry. The Congressional Budget Office said Monday that it projected the U.S. economy will return to pre-pandemic levels by the middle of 2021. Following the worst year of gross domestic product growth since the 1940’s, the nonpartisan office said the job market will not fully recover for the rest of the decade. On Friday, the Bureau of Labor Statistics is set to release employment numbers for January.

You may have missed: Personal finance Quotes that will change you mindset