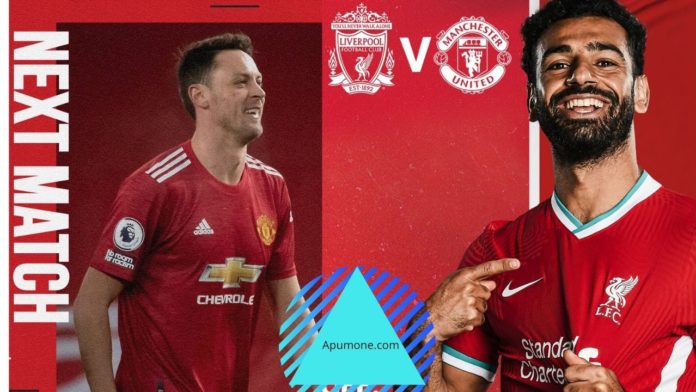 Defending champions Liverpool will be up against Manchester United their long rivals in the top English flight this Sunday at 16:30.

The two teams are meeting in a game which could possibly play a major role in deciding who becomes the ultimate champions for the 2020/2021 season.

What many believes could raise the tempo of this game is recent comment by the manager of Liverpool Jurgen Klopp saying Manchester United are benefiting from penalties many believe they don’t deserve.

With Liverpool missing out on their trusted defender Virgil van Dijk and Striker Diego Jota and Manchester United having a good run in their away fixtures, this game promises to be fun all things been equal.
Notwithstanding their current unstable run, Liverpool are a formidable team at Anfield. It promises to be a game many pundits are avoiding to give a definite final prediction on.

Other fixtures in the league to look out for includes;

Arsenal takes on Newcastle at the Emirates on Monday night at 20:00hrs

A Woman In Her Mid-Thirties Has Been Murdered In a Hotel...

JHS student who led attack on teacher at Nungua remanded