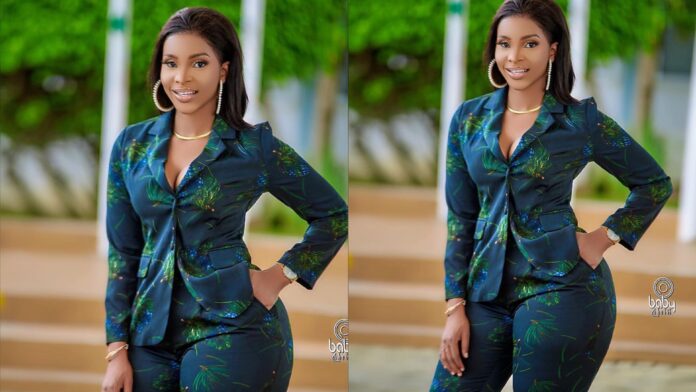 Ghanaian Actress Benedicta Gafah has said those hating on others could be wasting their time because there are those with exceptional favors from God.

Appearing in a grey jumpsuit with a red handbag, the stylish actress wrote a caption on her picture as; “Some people carry EXCEPTIONAL FAVOR as a gift from GOD. It’s a waste of time to fight them or try to bring them down . It’s a level of GRACE ✨👑”