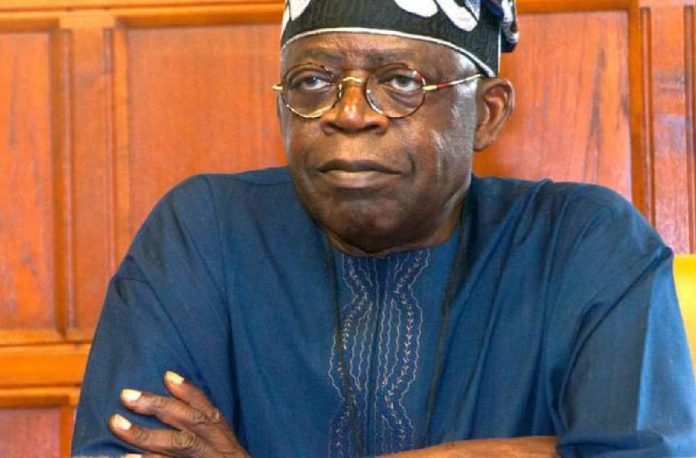 What is Tinubu net worth

Tinubu is a Nigerian politician and a national leader of the All Progressives Congress. He was Lagos State Governor from 1999 to 2007.

Tinubu who real name is Bola Ahmed Adekunle Tinubu was born on 29th March 1952 (age 68 years) in Osun State, Nigeria. His mother, Abibatu Mogaji, was a trader that later became the Iyaloja of Lagos.

He attended St. John’s Primary School, Aroloya, Lagos and Children’s Home School in Ibadan, South West of Nigeria. Tinubu then went to the United States in 1975, where he studied first at Richard J. Daley College in Chicago, Illinois, and then at Chicago State University. He graduated in 1979 with a Bachelor of Science degree in Accounting.

His political career began in 1992, when he joined the Social Democratic Party where he was a member of the Peoples Front faction led by Shehu Musa Yar’Adua and made up of other politicians such as Umaru Yar’Adua, Atiku Abubakar, Baba Gana Kingibe, Rabiu Kwankwaso, Abdullahi Aliyu Sumaila, Magaji Abdullahi, Dapo Sarumi and Yomi Edu. He was elected to the Senate, representing the Lagos West constituency in the short-lived Nigerian Third Republic.

After the results of the 12 June 1993 presidential elections were annulled, Tinubu became a founding member of the pro-democracy National Democratic Coalition, a group which mobilized support for the restoration of democracy and recognition of Moshood Abiola as winner of the 12 June election. Following the seizure of power as military head of state of General Sani Abacha, he went into exile in 1994 and returned to the country in 1998 after the death of the military dictator, which ushered in the transition to the Fourth Nigerian Republic.

In the run-up to the 1999 elections, Bola Tinubu was a protégé of Alliance for Democracy (AD) leaders Abraham Adesanya and Ayo Adebanjo. He went on to win the AD primaries for the Lagos State governorship elections in defeating Funsho Williams and Wahab Dosunmu, a former Minister of Works and Housing. In January 1999, he stood for the position of Governor of Lagos State on the AD ticket and was elected governor.

How much Tinubu net worth?

Tinubu net worth is estimated at $4 billion as of 2021. Tinubu holds both the chieftaincies of the Asiwaju of Lagos and the Jagaban of Borgu kingdom in Niger State, Nigeria titles. He is regarded as one of the richest Nigerians in the world. His wealth cuts across all sectors including oil and gas.

Tinubu is a Muslim. He is married to Oluremi Tinubu, the current senator of the Lagos Central senatorial district. His nephew, Adewale Tinubu is the CEO of Oando. Tinubu’s mother Abibatu Mogaji, died on 15 June 2014, at the age of 96. On 31 October 2017, his son Jide Tinubu had a heart attack while in London and was later confirmed dead.

16/11/2020
ABOUT US
Our Motive is to provide reliable, accurate and informative news to you. The Urban and Rural at heart ❤️
Contact us: [email protected]
FOLLOW US
© Apumone 2022 All Rights Reserved
Go to mobile version