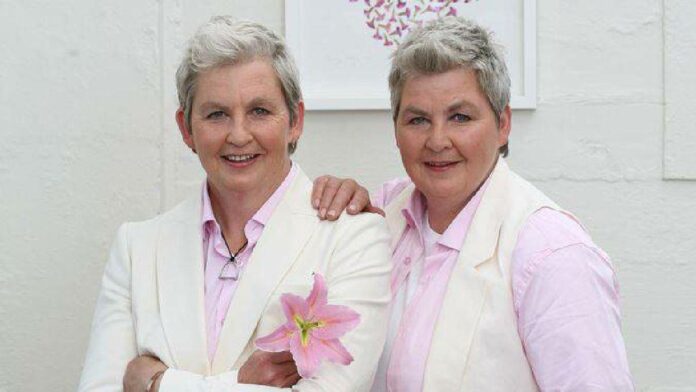 New Zealand music icons Topp Twins reveal they both have breast cancer. The Topp Twins are the folk singing and activist sister comedy duo of New Zealand entertainers Jools and Lynda Topp. They are known for their country music-influenced style, live shows and television performances. They often perform as characters, the most notable being the roles Ken & Ken, and Camp Mother & Camp Leader.

Check Out: Dave Dobbyn net worth

Topp Twins have performed as a country music-singing comedy duo since the 1970s. They started singing together and performing when they were children. Busking in Auckland on Queen Street in the 1980s was formative to their dynamic as entertainers with a regular Friday night appearance. They were singing political songs of protest, about for example Māori land rights at Bastion Point and Nuclear-Free New Zealand. They have been openly lesbian since the 1970s and were advocates for homosexual law reform.

The Topp Twins developed characters for the banter and audience interaction around their music. As Jools said: “We made ourselves look ridiculous … we asked them to laugh at us, not to laugh at someone else’s misfortune.” In 2019 art center Expressions in Upper Hutt hosted an exhibition on the Topp Twins created by Te Manawa Museum in Palmerston North.

In the late 1990s, they created their own TV series Do Not Adjust Your Twinset, which ran for three seasons and showcased their iconic cast of New Zealand characters, including Camp Mother & Camp Leader, the Bowling Ladies and Ken & Ken, roles for which they cross-dressed as ‘typical kiwi blokes’. The series won the twins several awards at the New Zealand Film and Television Awards and screened on the ABC and Foxtel networks in Australia. They have appeared on numerous specials and as guests. A cooking show called Topp Country ran over three seasons from 2014 to 2016.

A documentary feature film about the sisters titled The Topp Twins: Untouchable Girls, directed by Leanne Pooley, was released in April 2009. It broke all previous records for opening day, and opening weekend, for a New Zealand documentary. After just four weeks at the box office, it made over $1 million.

Untouchable Girls is the title of a well-known song by the Topp Twins, about standing up for what you believe in. Both Jools and Lynda are openly lesbian. In March 2013, Lynda married her long-time partner Donna Luxton, a preschool teacher. At the time of their marriage, same-sex marriage was not legal in New Zealand, so the couple entered into a civil union as a substitute for marriage. Same-sex marriage was made legal in New Zealand just a few months after the wedding.

Before the third reading of the Marriage (Definition of Marriage) Amendment Bill, which ultimately passed and legalized same-sex marriage in New Zealand, the Topp Twins publicly endorsed the bill in a post on their website. In a statement, Lynda said, “Everybody should be able to stand up and say ‘I’m getting married’. A Civil Union is demeaning, this idea that you will never be good enough, that your love is somehow less than or not as worthy. There’s no romance to it. And today, I feel more romantic and more in love than I’ve ever felt in my life.”

In 2006 Jools was diagnosed with breast cancer and underwent treatment including a mastectomy. From this experience, the sisters incorporated Jool’s personal story of treatment and recovery into a Topp Twins stage show that toured New Zealand including raising funds for the New Zealand Breast Cancer Foundation. She and her sister Lynda were already breast cancer activists and continue to use their celebrity status to educate the public about the disease.

In 2022, it was revealed that both Lynda and Jools are both battling breast cancer since 2021, but decided to receive separate treatments to prevent contracting COVID-19. 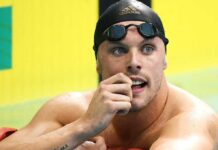 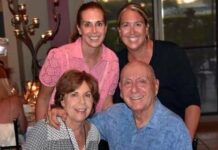