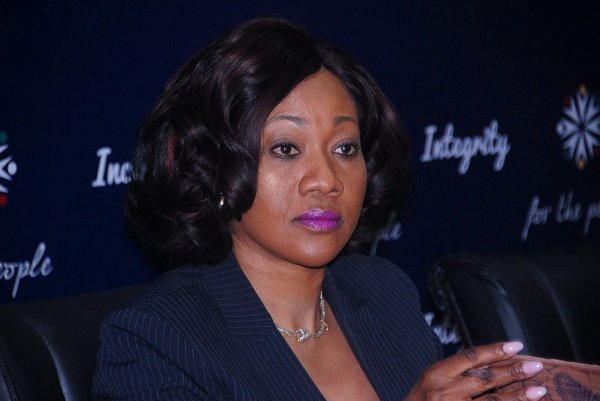 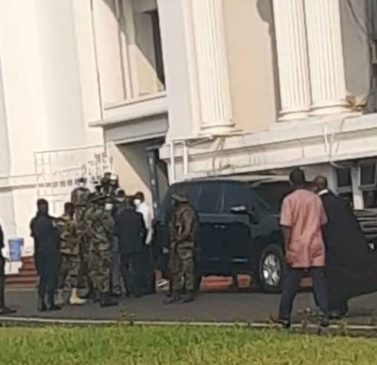 A picture of heavily armed military men protecting the chairperson of the Electoral Commission of Ghana has popped up on social media as the Supreme Court sits on the 2020 election Petition for day 2.
The men numbering about five are seen fully dressed in military gears with their rifles as though they are going for war.

The Petitioner, Mr. John Dramani Mahama is challenging the 2020 elections that it was flawed and that the Supreme Court should annul the results for a re-run of the polls because based on the Electoral Commission’s own figure no candidate was able to cross the 50+1% as required by law.
Jean Mensa was appointed to lead the Commission after Charlotte Osei was removed from office on grounds of procurement breaches.
However, in declaring the results it came to public notice that what she declared on the 9th December, 2020 was different from what was updated on the Commission’s website.
Even with that, the Commission was reported to have changed the results on their website for more than 6 times.

Even though the Electoral Commission in their response to the Petition agreed there could be some mistakes with the results, they maintained those mistakes cannot affect the final outcome of the result which saw President Akufo Addo emerging as a winner.