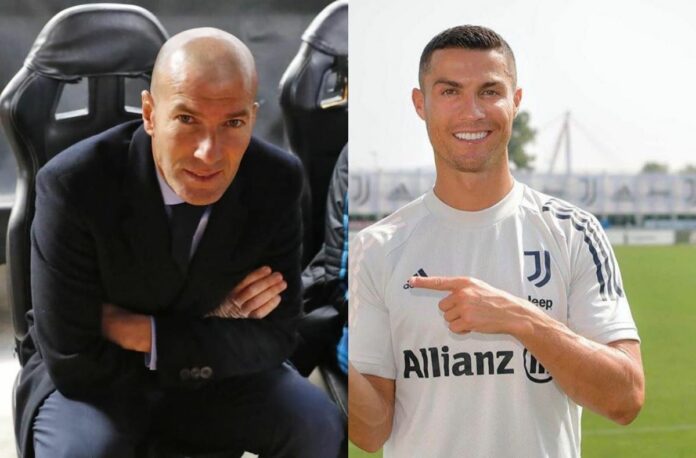 Zinedine Zidane is reluctant to be drawn on rumours suggesting that Cristiano Ronaldo could be taken back to Real Madrid from Juventus, but the Blancos boss remains a big fan of the “magnificent” Portuguese. He is a big fan of the five-time Ballon d’Or winner.

Questions were being asked of how much longer the five-time Ballon d’Or winner will be sticking around in Turin, with criticism aimed in his direction on the back of another disappointing last-16 exit for Juventus in the Champions League.

Ronaldo, who is now 36 years of age, is also approaching the final 12 months of his contract in Italy, leading to reports that those at Santiago Bernabeu are being offered a chance to welcome a familiar face back onto their books.

Zidane told reporters when quizzed on the Ronaldo speculation: “You know what he is, what he has done and how much love we have for him.

“He made history here, he’s magnificent.

“Now, he is a Juventus player and I cannot tell you anything about what they (media) are saying. He’s a Juve player and I have to respect these things.”

Defending La Liga champions Real will be back in action on Saturday against Elche, with it possible that Eden Hazard could figure in that contest after recovering from his latest injury woes.

Zidane said of the Belgian playmaker, who has endured a torrid time on the fitness front since making a big-money transfer from Chelsea in 2019: “I see him 100% physically and emotionally well.

“He has overcome the injuries and discomfort he may have had. I see him well, he will be with us and I hope he can play.”