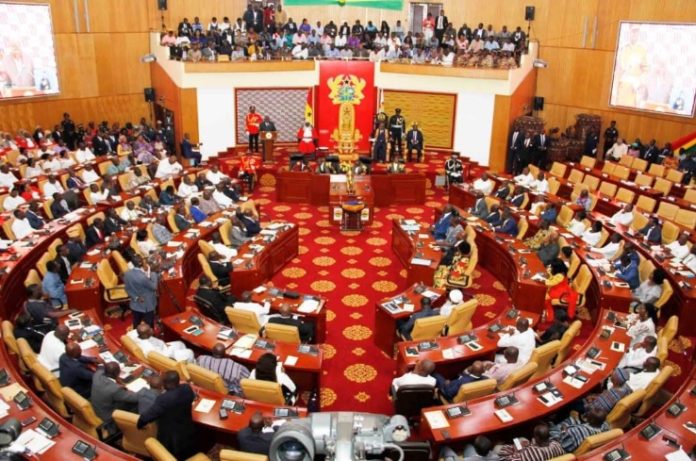 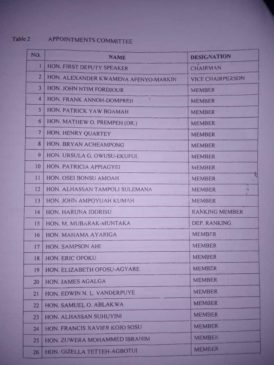 The Ndc and the Npp caucus in Parliament have constituted a 26 member appointment committee awakenewsroom understands.
In a list making rounds on social media, 13 out of the 26 members are elected members of parliament on the ticket of Ndc while the other is 13 for the Npp MPs.
As the standing orders of Parliament request, the first deputy speaker chairs the appointment committee, as such Honourable Joe Osei-Wusu according to the list is the chairman of the committee with Honourable Afenyo Markin serving as his deputy, with Honourable Ursula Owusu Ekuful and 10 of her other colleagues listed below as Members
Notable names from the side of the Ndc are Honourable Haruna Iddrisu as ranking member, Honourable Mohammed Muntaka as his deputy, with Honourable Samuel Okudzeto Ablakwa and 10 others as members.

President Akufo Addo in the coming days is expected to name his ministers for his new government even though the Ndc and John Mahama are in court challenging the result that saw Nana Addo emerging as the winner of the elections held in December 7th, 2020.
However, before the yet to the named ministers by the President can execute their duties, they will have to be vetted and approve by Parliament.
After the brouhaha about who will be the Majority or Minority in Parliament, the Speaker Right Honourable Alban Bagbin ruled that none of the parties that is Npp and Ndc are Majority caucus in Parliament but with the official declaration of the Fomena MP Honourable Andrew Asiamah Amoako to do business with the Npp side of the house, they will constitute the majority group.