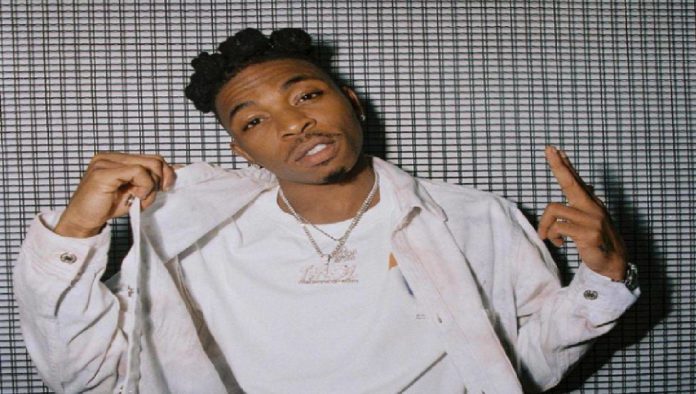 Mayorkun is a Nigerian singer, songwriter and pianist. He released a cover of Davido’s “The Money” single and was discovered by the singer on Twitter. Mayorkun signed with Davido’s record label Davido Music Worldwide (DMW) in 2016; his debut single “Eleko” was released under the label. Mayorkun released his debut studio album The Mayor of Lagos in November 2018.

He is the first child of three, born into a family of entertainers. His mother is a Nollywood actress and his father, an artist and movie producer.

Mayorkun was part of the choir at a very young age where he, according to him, “learnt the rudiments of music”. He has a degree in accounting from the University of Lagos, and was in a banking job before he was discovered in 2016.

Mayorkun decided to leave his bank job to search for another due to bad pay, when his cover video was spotted by Davido in February 2016. Davido followed him on Twitter and Instagram, after which Davido  asked him if he can do more than play the keyboard. He got a call from Davido the same day he wrote his resignation letter and sent Davido some of the songs he already recorded. Davido decided to sign him to Davido Music Worldwide.

Mayorkun released his first single under the label called “Eleko” in 2016. The video of the song gathered a million views in the first 10 days. To his name, Mayorkun has several singles including Yawa, Sade, Che Che, and Mama. In October 2018, he released singles “Posh” and “Fantasy” featuring Olu Maintain in anticipation of his first studio album titled “The Mayor of Lagos”. The Mayor of Lagos was released on the 16th of November 2018. On December 1, 2018, it appeared on the Billboard World Albums chart, peaking at number 15.

In 2020 he was among the artistes scheduled for performance at the Convention center of the Eko Hotel and suites, Victoria Island, Lagos for the 2020 vanguard personality awards. Other scheduled artistes included Tekno, Timaya and many more.

The Mayor of Lagos concert Album

Mayorkun embarked on a nationwide tour in 2017 that saw him perform in over 35 schools. He ended the year 2017 with his first headline concert in Lagos called “The Mayor of Lagos”.

The Mayor of Lagos concert continued in 2018 with a show in the city of Ibadan and the federal capital territory, Abuja. Also, a date for a Lagos edition was announced. In 2018, Mayorkun did a tour of the UK alongside label mate Dremo, where he performed in about six cities. He also performed alongside label boss Davido at the wireless festival.

How much is Mayorkun worth? Mayorkun net worth is $5 million as of 2021 which is approximately 2 billion Naira. His main source of income is from his music career. He is one of the richest Musicians in Nigeria under 30.