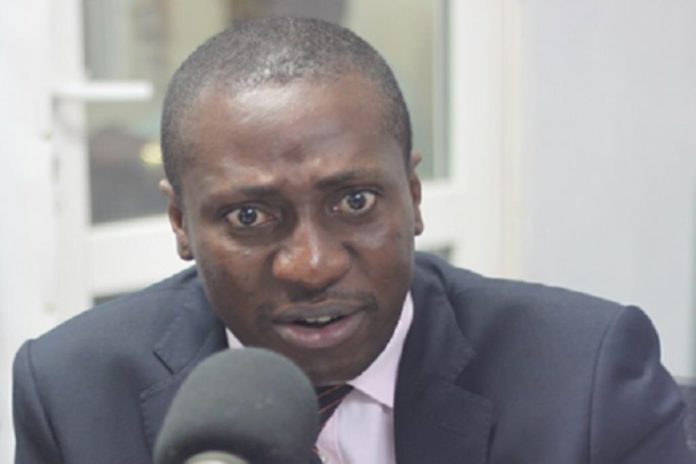 The leadership of NPP Caucus in Parliament is accusing the NDC caucus of attempting to frustrate government business in the House.

Member of Parliament for Afetu Alexander Afenyo Markin, who also serves as the Deputy Leader of the Majority Group, said the NDC is interpreting the rules of engagement of the House to suit themselves to push their agenda.

“We see signs where the NDC is up to some game of frustrating government business because now the language is you (NPP) have everything to lose.

“But that is not how a patriot should behave, you don’t interpret it as and when it suits you,” he said while addressing a media briefing in Parliament.

Mr Afenyo Markin accused the NDC of trying to compromise the Speaker’s impartiality adding that the caucus is acting as if they will have their way in Parliament because the Speaker is from their camp.

“Our colleagues have an obstructionist agenda and same must be condemned and they must change their posture.
They must not be seen as though nothing about governance matters.”

His statement follows a decision by the NDC support Assin North MP’s decision to sit in Parliament despite a court injunction placed on his win.

The Cape Coast High court on January 6 granted an injunction against James Gyakye Quayson after a petition filed by one Michael Ankomah said that the Assin North MP still held on to his Canadian citizenship when he was filing to contest in the December polls.

The court had ruled that the budding MP could not hold himself out as the MP for the constituency.

However, on the inauguration of the 8th parliament, he was sworn in as MP and has subsequently been going to House to represent his constituents.

Mr Afenyo Markin said it is unfortunate the NDC in parliament is behaving as if the judiciary and court orders do not matter.

“Meanwhile they were the first to sue Amewu and procure and injunction. If the NPP had behaved this way hell would have broken loose.”

“So much as we are ready to build consensus we see signs of ambushing…if we do not point these things out now, it may affect the future conduct of business in the house,” he said.