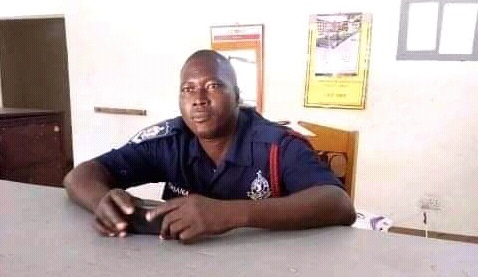 The Eastern Regional police command has begun an investigation into a robbery incident at Pramkese in the Kwaebibirem district which led to the death of an officer Corporal Moses Nartey.

His other colleague sustained gunshot wounds on his thighs he is currently receiving treatment at the hospital.

Herbalist Arrested for Defiling and Impregnating a 14 Year Old Girl

07/09/2021
ABOUT US
Our Motive is to provide reliable, accurate and timely news to you. We're social, connect with us: The Urban and Rural at heart ❤️
Contact us: [email protected]
FOLLOW US
© Apumone 2021 All Rights Reserved