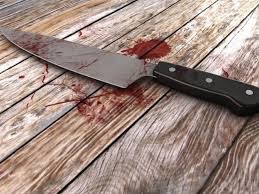 A rather tragic story has rocked Abuakwa Sepaase in the Atwima Nwabiagya South Municipality of the Ashanti Region after 19 year old Kojo Appiah stabbed his friend Nyamekye Beckham 16 to death over a borrowed clothes.

Multiple reports suggest that the deceased Nyamekye Beckham, is said to have borrowed clothes from the suspect, Kojo Appiah.

The mother of the deceased, Afia Rita recounted that, when Appiah approached her son for his clothes he had borrowed, it degenerated into a misunderstanding.

Afia Rita indicated that Appiah said to his son that he no longer needed his clothes but rather demanded GHS40 from in return.

Also Read: “If you feel we can’t do enough, Picks forms to be an MP Too- Sam Goerge

This led to a scuffle between the two teenagers, in an attempt her son was Nyamekye was stabbed Kojo Appiah.

The deceased was rushed to the Afari Government Hospital but was pronounced dead by health officials on duty.