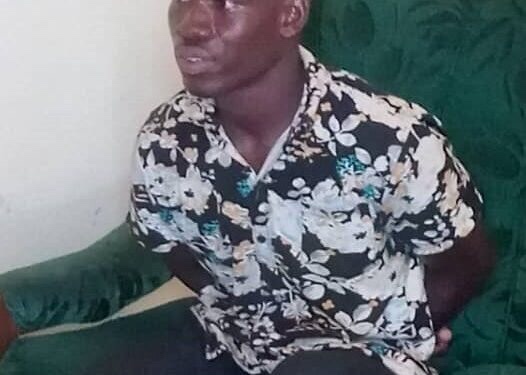 A 22-year-old SHS 2 student, Patrick Nyarko who defiled 18-month-old twins has been sentenced to 10 years imprisonment.

According to a report Yaw Boagyan, the mother of the victims who reported the incident to the police said she left behind her kids in Patrick’s care but returned home and could not find the whereabouts of the twins and Patrick.

“I later found my kids in Patrick’s room who is a co-tenant lying prostrate and unconscious on the bed and realized they have been sexually abused,” she said.

She reported the incident to her husband, Francis Nkum Junior, and immediately rushed to the Francis Xavier Hospital at Assin Fosu where a doctor’s report confirmed the twins had been defiled.

During a police interrogation, Patrick admitted committing the act and said he was under the influence of an unknown evil spirit and therefore pleaded for forgiveness