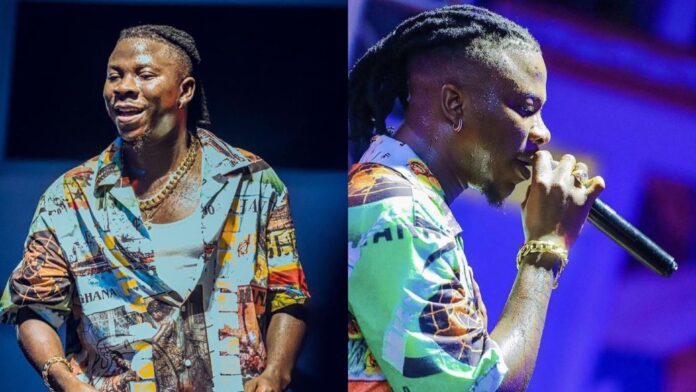 Dancehall Star Boy Livingstone Etse Satekla aka Stonebwoy is receiving trolls on social media over what some critics says was his poor delivery on his newly released song titled 1GAD.
The track which got released early this dawn is having mixed reaction, with the BhimNation lovers and fan base saying it is a classic piece while his critics says it’s not anything close to classic for he could have done better knowing the high standards he has set with his previous tracks.

Listening carefully of the dancehall music produced by Streetzbeat, Stonebwoy was basically talking about how far he has gone ahead of his competitors and how he intends focusing on only his immediate family and loved ones in this 2021
He touched on no room for fake friends and was grateful to his lovers outside the the shores of Ghana.