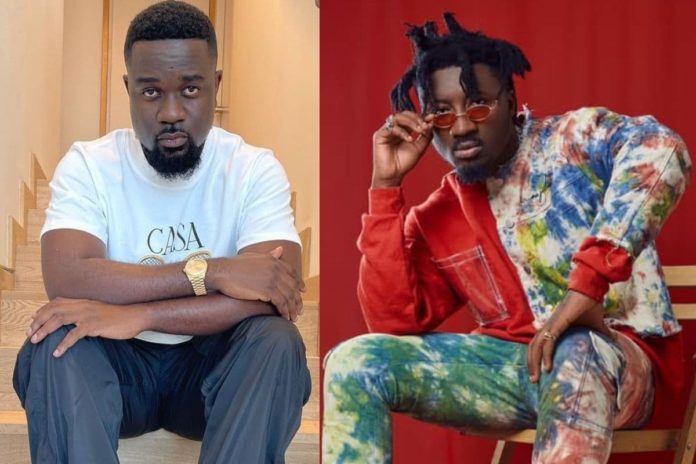 He walked out when the host asked him a question on whether he is copying Sarkodie relation to Amerado’s picture with a cigar and he said no then the host went ahead to ask him, between himself and Sarkodie, who is going to murder who on a beat in case both are given same beat to spit bars, and this didn’t go well with the rapper and he walked out of the studio.

Rapper Amerado Burner got angered by Presenter question and he walked out of the Studio during the interview. pic.twitter.com/g2VvuvY56Z

And Amerado Burnes to walked out of the Studio of Kingdom Fm.

Amerado Burner walks out of Kingdom during interview pic.twitter.com/svJn91sTJj