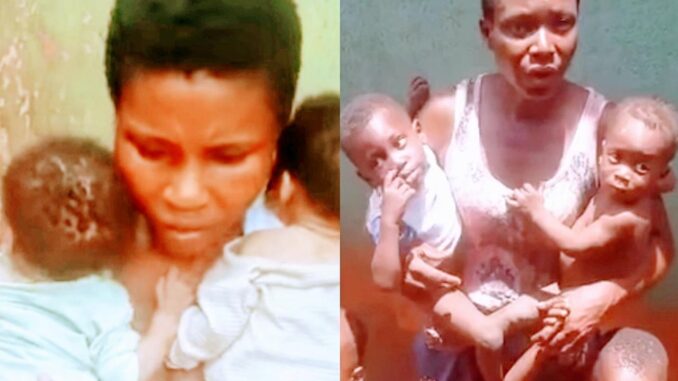 News reaching Apumone.com from our affiliate corresponding partners in Benin City is that a woman kidnapper has been busted with seventy children.

In Benin City, the perpetrator was apprehended. She specializes in kidnapping children, usually minors (under the age of seven), and then selling them to her buyers.

What she does is also a form of human trafficking, but it’s referred to as “Child Trafficking,” and it’s much more brutal than human trafficking. This is because the small children are still young and will be deprived of all of their basic human rights and freedoms.

The Benin City Police Command raided the building where the trafficking takes place, according to a video posted by the ‘Anambra Broadcasting Service.’ When the cops stormed into the house, they discovered about 70 children, the majority of whom were minors.

Many people were shocked to see one of the female suspects running the crime syndicate with two minors under the age of a year in her arms. This implies that they abduct and sell children as well.

The little children were malnourished, as seen in the video, and there were several of them (numbering over 70).

Information of how the perpetrators obtained these children have not yet been released, although many people believe that the majority of these children are lost children whose parents have been searching for them without success