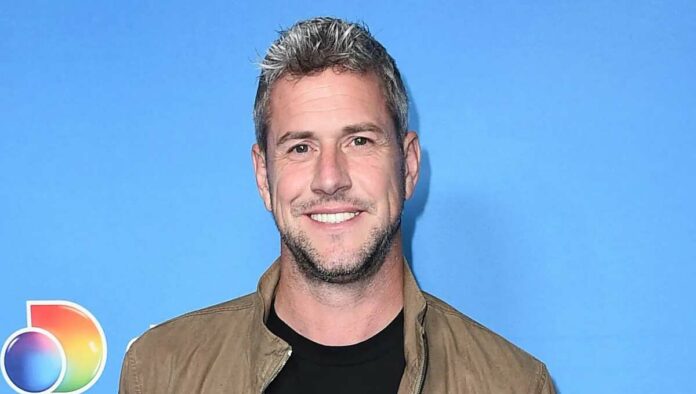 Ant Anstead is an English television presenter, motor specialist, car builder, designer and artist. He is best known for co-presenting the Channel 4 automotive show For the Love of Cars with Philip Glenister. In 2017 Anstead took over from Edd China as co-host of the show Wheeler Dealers, alongside Mike Brewer.

Anthony Richard Anstead was born on March 28, 1979 (age 43 years) in Plymouth, Devon, United Kingdom. He lived in Ely, Cambridgeshire, until the age of ten, then moved with his family to Hertfordshire. He was educated at Richard Hale School, Hertford, and then attended the nearby Haileybury School to complete his A-levels.

Ant Anstead joined Hertfordshire Constabulary in 1999 and became a Police Constable first stationed at Bishop’s Stortford. He moved to Cheshunt police station and then became a member of the Tactical Firearms Team (TFU) in Welwyn Garden City. During his police career, Anstead received two commendations for acts of bravery.

Check Out: Christina Haack net worth

Anstead resigned from the Police to pursue a career as a car builder in 2005. He started building and restoring cars for clients and built recreation cars and one-offs. He also built unique pieces of art and sculpture and many of his works are housed globally in museums and private collections.

He played semi-professional football for over 15 years playing over 700 matches at the Ryman level, and made the transition from goalkeeper to striker, most notably becoming the only player to win Ryman league promotions in both positions.

Ant Anstead started his own television production company in 2014, producing his own show The World’s Most Expensive Cars. In 2014, he was approached to host a new Channel 4 car show with British actor Philip Glenister. Since then Anstead has hosted a number of television shows.

Anstead hosted BBC Two’s live show Building Cars Live in 2015, alongside James May and Kate Humble. Anstead hosts the live stages of some of UK’s car shows as well as after-dinner speaking and motivational speaking in schools and charities.

In his 2019 TV show Ant Anstead Master Mechanic, Anstead uses a variety of components, from spare parts to donor cars to hand-build an homage to the Alfa Romeo 158. The show sees Anstead work with a variety of automotive personalities and experts in the field.

In addition to Master Mechanic, Anstead is also part of the new ‘World’s Greatest Cars’ series. The new show sees a panel of motoring experts cover the five greatest sports cars ever made. The cars are evaluated on their iconic designs and game-changing performance.

Check Out: Jason Oppenheim net worth

Ant Anstead replaced Edd China as co-host of Wheeler Dealers in 2017. In November 2020, Anstead revealed he would be leaving the show a month after announcing his divorce from wife Christina Anstead, as the series returned to filming in the UK.

Ant Anstead is currently in a relationship with Renée Zellweger. His soon-to-be wife is an American actress. In June 2021, they began dating after nine months after Anstead split from his ex-wife Christina Haack. However, he has been married twice and has a daughter and son with his first wife Louise. They divorced in 2017. He began dating American television personality Christina Haack in October 2017. On 22 December 2018, they married at their Newport Beach, California home. Together they have a son, born in September 2019. They announced their separation on September 18, 2020.

How much is Ant Anstead worth? Ant Anstead net worth is estimated at around $6 million. His main source of income is from his career as a television presenter, motor specialist, car builder, designer, and artist. Anstead salary and other career earnings are over $1.5 million annually. He is one of the richest and influential television presenters in the United Kingdom. He stands at an appealing height of 1.83m and has a good body weight that suits his personality.