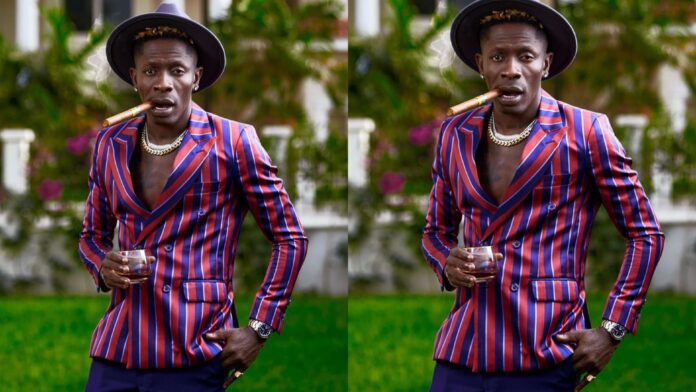 Known for his controversy and tough speaking, Charles Nii Armah Mensah is in the news again for saying no Ghanaian musician come close to his greatness.

Controversial Dancehall trailblazer Shatta Wale has opened some very hot fire on Entertainment radio host and panelists saying most of them are “dumb and know nothing about music”.

Reacting to the recent list of nomination in the 3music awards, Shatta Wale In a Facebook live video said most of the radio presenters and entertainment critics today were all failed musicians and dancers in the past. He maintained it wasn’t because they could not keep up with the demand and expectations to stay as musicians that is why they abandoned that dream to divert to radio.

He mentioned names like Rickie, Andy Dosty and Sammy Flex among other persons as those who tried doing music but failed and thus diverted to radio only to be overly critiquing others still doing music unfairly.

Shatta Wale asked those he deemed as his critics if doing music and staying successful with music was that easy they wouldn’t have abandoned it to run to become radio presenters and be doing “stupid” criticism of their works as musicians. That was never all, The “Hajia Bintu” hitmaker however sent a strong warning to Rickie whom he singled out as someone who does not speak well of him that he should be careful of the things he says about him(Shatta Wale) when he is on radio else he will deal with him.

Shatta Wale further added that, it is “crazy” for award organizers to award someone who just by chance releases a single Dancehall music over people or persons who are known for producing back to back Dancehall tunes like himself.

He said apart from legends like Amakye Dede. Kojo Antwi and Daddy Lumba that he’s got so much respect for, no artistes in his generation come close to his greatness or success for the single track he had with pop star Beyoncé dubbed “ALREADY” “shadow” all other artistes and their achievements if there is any.