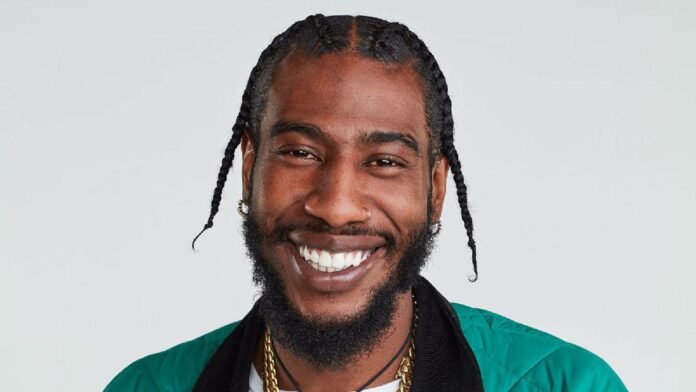 Iman Shumpert is an American professional basketball player who is a free agent. Shumpert was selected by the New York Knicks with the 17th overall pick in the 2011 NBA draft. He won an NBA championship with the Cleveland Cavaliers in 2016. In 2021, Shumpert won Season 30 of Dancing with the Stars with pro-dancer Daniella Karagach. This makes him the first NBA player to make the finale and win.

Iman Asante Shumpert was born on June 26, 1990 (age 31 years) in Berwyn, Illinois, United States. His father, Odis Shumpert, is an insurance broker while his mother, L’Tanya Shumpert, is an adjunct professor of art and design at Columbia College in Chicago, Illinois. In eighth grade, Iman and fellow NBA player Evan Turner were teammates on the same basketball team at Gwendolyn Brooks Middle School in Oak Park, Illinois.

Shumpert went on to attend Oak Park and River Forest High School where he was a first-team all-state player and was one of the nation’s top 30 seniors. He helped Oak Park and River Forest to three conference titles and was named conference MVP as a junior and senior. He was rated No. 15 among the nation’s senior players by Scout.com and No. 26 by Rivals.com. He was also selected to play in the 2008 McDonald’s All-American Game, and was named a third-team Parade All-American.

Iman Shumpert was the team’s fourth-leading scorer for the season, averaging 10.5 points per game and hitting 34.5 percent of his three-point attempts as a freshman for Georgia Tech in 2008–09. During the 2009–10 season, Shumpert underwent arthroscopic surgery to repair a damaged meniscus in his right knee on December 3 and missed six games. He went on to finish the season as the team’s third-leading scorer with 10.0 points per game.

Check Out: Malik Monk net worth

Shumpert led his team in scoring (17.3 ppg) in the 2010-20111 season, rebounding and assists, becoming only the seventh player in ACC history to do so. He ranked fourth in the ACC in scoring, 15th in rebounds, 10th in field goal and free throw percentage, and first in steals (seventh in the nation). He was named to the All-ACC second team and was a member of the conference’s all-defensive team. He also holds the Georgia Tech record for steals per game. On March 28, 2011, Shumpert declared for the NBA draft, forgoing his final year of college eligibility.

Iman Shumpert was drafted with the 17th overall pick in the 2011 NBA draft by the New York Knicks. In February 2012, then teammate Jared Jeffries said that “he’s about as good an on-ball defender as there is in the league right now”. Shumpert was selected to compete in the 2012 NBA All-Star Weekend Slam Dunk Contest but was unable to participate due to a knee injury. On April 28, 2012, during a first-round playoff game against the Miami Heat, Shumpert suffered a knee injury while dribbling in the midcourt and was immediately helped off the court. An MRI later revealed that Shumpert tore the ACL and meniscus in his left knee and would miss the rest of the season.

Shumpert finished 5th in the 2012 NBA Rookie of the Year voting. He received 33 total votes and one first-place vote from a ballot that was filled out by 120 writers and broadcasters from across the country. He was also the only rookie to receive votes for the Defensive Player of the Year award. On January 13, 2013, Shumpert was medically cleared to participate in team practice. He made his season debut on January 17 in a game against the Detroit Pistons at The O2 Arena in London. He went on to record 8 points, 3 rebounds, one assist, one steal and one block.

In July 2013, Shumpert played one summer league game for the Knicks, recording 2 points, 6 rebounds and 4 assists in a 72-77 loss to the New Orleans Pelicans. On December 12, 2014, Shumpert dislocated his left shoulder in the second quarter of the Knicks’ 101-95 win over the Boston Celtics and was subsequently ruled out for three weeks.

Shumpert made his debut for the Cavaliers on January 23, 2015, recording 8 points, 2 rebounds and 2 assists in the 129-90 win over the Charlotte Hornets. The Cavaliers made it to the 2015 NBA Finals, but they lost to the Golden State Warriors in six games. On July 9, 2015, Shumpert re-signed with the Cavaliers to a four-year, $40 million contract. On September 29, 2015, he was ruled out for three months after suffering a ruptured Extensor Carpi Ulnaris sheath in his right wrist.

He made his season debut on December 11 against the Orlando Magic, scoring 14 points off the bench in a 111–76 win. On March 5, 2016, he recorded 12 points and a career-high 16 rebounds off the bench in a 120–103 win over the Boston Celtics. On April 11, he was ruled out for the Cavaliers’ final two games of the regular season after getting his left knee drained.

Shumpert returned in time for the playoffs and helped the Cavaliers make it to the NBA Finals for the second straight season. The Cavaliers would again face the Golden State Warriors. Despite the Cavaliers going down 3–1 in the series following a Game 4 loss, they went on to win the series in seven games to become the first team in NBA history to win the championship after being down 3–1. Cavaliers’ coach Tyronn Lue started using Shumpert as backup point guard early on in the 2016–17 season. On March 14, 2017, he scored a season-high 18 points in a 128–96 win over the Detroit Pistons.

Shumpert helped the Cavaliers go 12–1 over the first three rounds of the playoffs to reach the NBA Finals for a third straight season. There the Cavaliers matched up with the Golden State Warriors but lost the series in five games. On December 1, 2017, Shumpert was ruled out for six to eight weeks following surgery on his left knee. He returned to action on January 23, 2018, against the San Antonio Spurs.

On February 8, 2018, Shumpert was acquired by the Sacramento Kings from the Cavaliers in a three-team trade that also involved the Utah Jazz. Despite not playing for the Kings in 2017–18, he opted in for the final year of his contract on June 8, 2018. He made his debut for the Kings on October 17, 2018, recording five points and three rebounds in 18 minutes off the bench in a 123–117 season-opening loss to the Utah Jazz.

Check Out: Austin Reaves net worth

Dancing with the Stars

Iman Shumpert won the 30th season of Dancing with the Stars with professional partner Daniella Karagach. In week 6 of the 10-week elimination competition, the couple tied for the highest score with 4 10’s in the contemporary dance. The dance, choreographed by Karagach, went viral online and was regarded by fans as one of the best dances in the show’s history. He is the only NBA player in Dancing with the Stars history to qualify for the finals and to win the competition. In 2021, when asked about Michael Jordan in an interview, he stated that he is the greatest basketball player of all time.

Iman Shumpert is married to Teyana Taylor, they had their wedding in 2016. His wife is a singer, songwriter, actress, dancer, choreographer, director and model. The couple has two daughters, Iman Tayla Shumpert Jr., and Rue Rose Shumpert. Outside basketball, Shumpert has dabbled in rap music. In 2012, he released the song “Knicks Anthem” and the mixtape Th3 #Post90s. In 2013, he released the song “Dear Kendrick” in response to Kendrick Lamar’s verse in the song “Control” by Big Sean. The music video for his single “Chiraq” garnered media attention over the eccentric visuals. However, during the 2012–13 NBA season, Shumpert’s high-top fade haircut attracted publicity. He shaved the fade in October 2013.

How much is Iman Shumpert worth? Iman Shumpert net worth is estimated at around $35 million. His main source of income is from his career as a professional basketball player. Shumpert successful career has earned him some luxurious lifestyles and some fancy cars trips. He is one of the richest and most influential basketball players in the United States. However, on February 7, 2019, Shumpert was acquired by the Houston Rockets in a three-team trade. The Rockets sent a 2020 second-round pick to the Kings, as well as Brandon Knight, Marquese Chriss, and a 2019 first-round pick to the Cleveland Cavaliers.